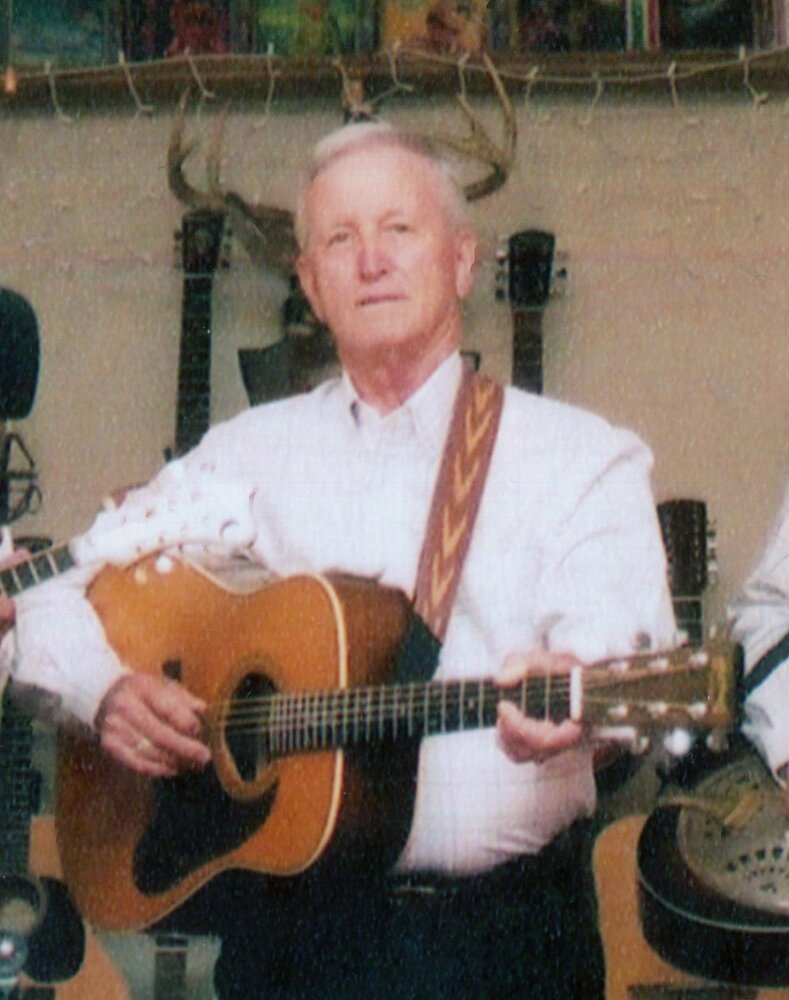 Please share a memory of John to include in a keepsake book for family and friends.
View Tribute Book
Mr. John Edwin O’Rear, 90, of Pell City, Alabama passed away on Saturday, January 21, 2023. Mr. O’Rear was an accomplished country and bluegrass musician where he played with his family band all over the South. He was a member of Lister Memorial Baptist Church. He was preceded in death by his parents, Jack and Lois O’Rear; sister, June; and brothers, S.A. O’Rear, Wayne O’Rear and Jimmy O’Rear. He is survived by his wife, Doris O’Rear; daughters, Karen, Lou and Jean; sons, Lynn O’Rear, Jack O’Rear, Johnny O’Rear and Chris O’Rear; brother, Jackie O’Rear; and numerous grandchildren and great-grandchildren. The family will receive friends from 11:00 am until Noon on Thursday, January 26, 2023, at Usrey Funeral Home – Pell City. A funeral service honoring his life will be held at Usrey Funeral Home – Pell City at 12:00 pm on Thursday, January 26, 2023, with Bro. Billy Little officiating. Interment will follow the funeral service at St. Clair Memorial Gardens. Condolences may be offered online at www.usreyfuneralhome.com. Usrey Funeral Home of Pell City is assisting the family.