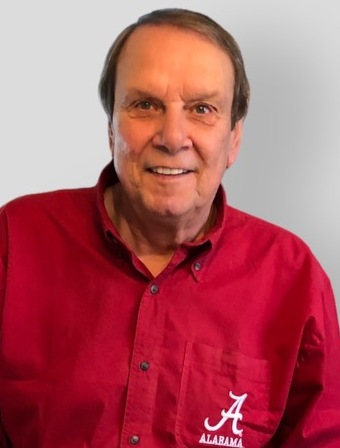 Please share a memory of Ralph to include in a keepsake book for family and friends.
View Tribute Book
Ralph Edward Allen Jr., 71, of Talladega, AL passed away surrounded by his loving family at his home on Wednesday, January 18, 2023. A private service will be held in his honor with Kevin Jones officiating. His final resting place will be at Eastaboga Baptist Cemetery next to his mother and father, Margie Lee Allen and Ralph Edward Allen Sr. He was a native and resident of both Talladega and Calhoun counties. He graduated from Ohatchee High School and worked with the Bureau of Prisons as a computer specialist for over 25 years. He was also the founder and commissioner of the Coosa Valley Youth Football Organization for 30 years. He was a loving father and grandfather. He was preceded in death by his parents, Ralph Edward Allen Sr. and Margie Lee Allen, and brother, Edward Lloyd Allen. Mr. Allen is survived by his daughter, Cindy (Jay) Wyatt, son, Jeremy (Darla) Allen, grandchildren, Riley Allen, Tristan Allen, Austin Wyatt, Weston Wyatt, and Harrison Wyatt, and sister, Carolyn Heath. He also leaves behind the mother of his children, Lois Allen, who he was married to for over 32 years. His grandchildren will serve as pallbearers. Mr. Allen’s family requests that their privacy be respected at this difficult time. Online condolences may be offered at www.usreyfuneralhome.com. Usrey Funeral Home in Talladega is directing the services.

Share Your Memory of
Ralph
Upload Your Memory View All Memories
Be the first to upload a memory!
Share A Memory
Plant a Tree