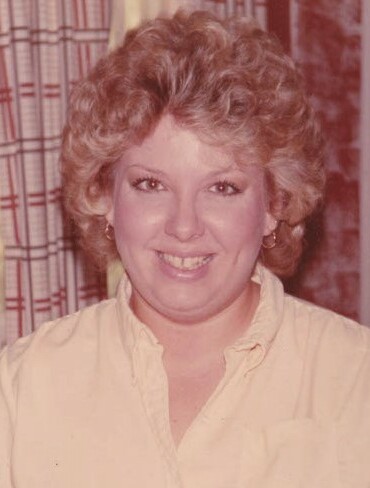 Please share a memory of Rebecca "Becky" to include in a keepsake book for family and friends.
View Tribute Book
Rebecca “Becky” Layton Moore, 68, passed away in her home on Thursday, January 5, 2023. After a longand resiliently fought battle with chronic illness, her suffering finally came to an end. Becky was the firstof two children to parents Betty Landreth Carlan and Russell Charles Layton, born on February 16, 1954 in Columbia, South Carolina. She is survived by her sister, Susan Layton Bowser and her only child, Megan Moore Barnhill. After a somewhat nomadic childhood, it was in her late twenties and early thirties that Becky really found her stride and thrived as the fun-loving, life-of-the-party, “den mother” that so many people knew her as in Montgomery, Alabama. Becky was an avid music lover and surrounded herself with musicians and like-minded friends that became her chosen family. She attended their shows, passed notes to the band, and brought them all back to her house afterward for a nice home-cooked meal. When Becky moved to North Carolina to be closer to her mother and sister in the late eighties, she soon became a mother herself. While her daughter, Megan, was still a toddler, she moved back to Alabama into the home of her paternal grandparents Fred and Pauline Layton in Munford, Alabama, where she lived out the rest of her years as a fiercely independent single mother as well as an unequivocal pillar of the community. In addition to her career as personal assistant to another community legend, Jackie Swinford, Becky also served as President of the Munford Homemakers Club, columnist for the Munford Weekly and later the Munford Dispatch, volunteer at the Munford Senior Center, and co-organizer of several community events like the Fall Festival, Crafty Christmas, and Farmers Market. Many people knew Becky from her regular patronage at Big Daddy’s BBQ where she loved to mingle and listen to live music as often as she could. With a larger-than-life personality and a sense of humor to boot, Becky never met a stranger and would cut up with just about anyone. Her candor and tough exterior might have thrown some people off, but anybody who really knew her would agree that Becky was incredibly loving, loyal, and charitable. Becky’s spunky demeanor was matched by an equally bold and eclectic sense of style. Whether it manifested in her colorful writing, her home décor, or her vibrant outfits replete with coordinating jewelry and signature spiky hair, Becky’s spirit shined like no other. It was her unapologetic authenticity that fortified her as the headstrong woman and phenomenal mother that she was. Of all the down-to-earth wisdom that Becky imparted to her daughter, like how to make cornbread dressing and shop for bargains, or to write thank you notes and help others as often as possible, her most unwavering belief and her legacy is that true wealth is measured in love. Please join family and friends for Becky’s Celebration of Life on Saturday, January 21 st at 1pm at the Munford Senior Center, located at 105 Lions Rd., Munford, AL 36268. Please send flowers to this address, or in lieu of flowers, donations can be made to the Alabama Kidney Foundation on her behalf. Online condolences may be offered at www.usreyfuneralhome.com. Usrey Funeral Home of Talladega is assisting the family.
Saturday
21
January

Share Your Memory of
Rebecca "Becky"
Upload Your Memory View All Memories
Be the first to upload a memory!
Share A Memory
Plant a Tree