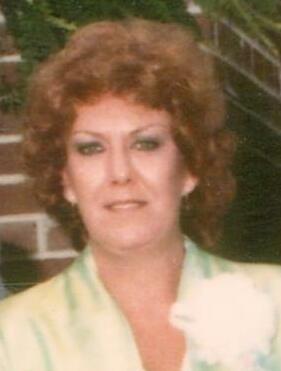 Please share a memory of Barbara to include in a keepsake book for family and friends.
View Tribute Book
Barbara Ann Hurst, 79, of Talladega, AL passed away on Monday, December 26, 2022. A graveside service will be held in her honor at Hepzibah Baptist Cemetery on Friday, December 30, 2022 at 11:00 A.M. with Steve Hurst officiating. Mrs. Hurst was born on July 13, 1943 in Talladega, AL. She was a member of Hepzibah Baptist Church. She was a beautician for over 50 years and she had her own salon. After her retirement, she became a caregiver to many people. She was preceded in death by her parents, M.F. “Bus” and Lera “Shorty” Lawson, granddaughter, Karmen Hurst, and late friend, Gordon Herring. Mrs. Hurst is survived by brothers, Billy (Mendil) Lawson and James (Brenda) Lawson; sister, Brenda Hurst; son, Mark Hurst; daughter, Holly Hurst; grandchildren, Brooke Hurst, Brandon (Felica) Hurst, Jamie Parnell, Amber Parnell, Corey (Zach) Holdridge, Haley Hurst, and Markie Smith, and 16 great-grandchildren. Zach Holdridge, Brandon Hurst, Dakota Hurst, Daniel Smith Sr., Jason Lawson, and Adam Lawson will serve as pallbearers. Honorary pallbearers are Bobby Mitchell, Billy Lawson, and James Lawson. Online condolences can be offered at www.usreyfuneralhome.com. Usrey Funeral Home of Talladega is assisting the family.
Friday
30
December

Share Your Memory of
Barbara
Upload Your Memory View All Memories
Be the first to upload a memory!
Share A Memory
Plant a Tree