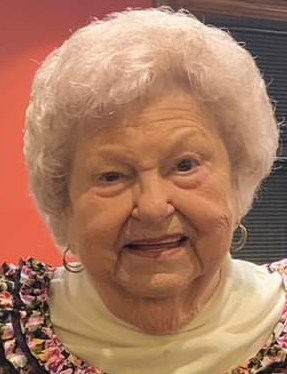 Please share a memory of Sara to include in a keepsake book for family and friends.
View Tribute Book
Mrs. Sara Jean Brown, 87, of Cropwell, Alabama passed away on Tuesday, December 27, 2022. Mrs. Brown was born in Coldwater, Alabama and graduated from Pell City High School. She married Charles T. “Sonny” Brown and moved to California and Washington as Sonny served in the United States Navy. Later they lived in Birmingham, Alabama and she worked at the police station as a dispatcher. In 1967, they bought The Tackle Box and she became a homemaker until her children were grown. Later, she worked for Carroll Electrical as a secretary until the time of her retirement. She was preceded in death by her husband, Charles T. “Sonny” Brown; son, Michael Shane Brown; parents, William Joseph Purdy, Sr., Annice Hodges Carroll and Earnest Carroll; sister, Adell Carooll Jackson; brothers, William Joseph Purdy, Jr., James Purdy, Howard Purdy, Kenneth Purdy, and Buddy Carroll; and son-in-law, Tony Perkins. She is survived by her son, Charles Terry Brown, Jr. (Reba); daughter, Denise Brown Perkins; sister, Joyce Ann Purdy Smith; brother, Royce Carroll; four grandchildren; and twelve great-grandchildren. The funeral service will be officiated by Pastor Michael Andrews at 11:00 am on Friday, December 30, 2022, at Usrey Funeral Home – Pell City. The family will receive friends from 10:00 am until 11:00 am on Friday, December 30, 2022, at Usrey Funeral Home – Pell City. Condolences may be offered online at www.usreyfuneralhome.com. Usrey Funeral Home of Pell City is assisting the family.