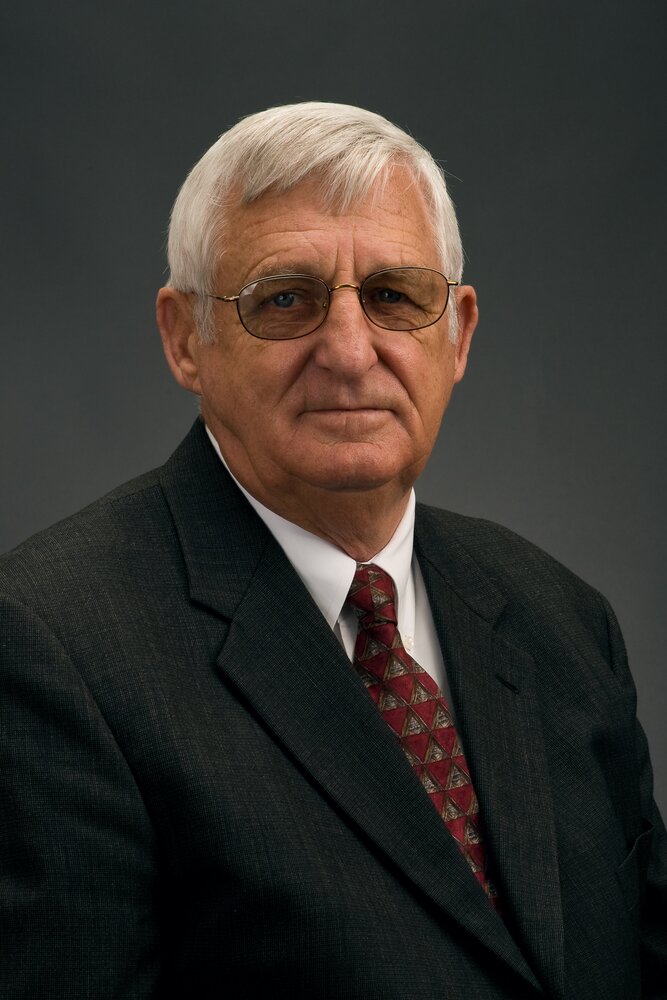 Please share a memory of William to include in a keepsake book for family and friends.
View Tribute Book
William Adrick Goodgame of Pell City, passed away on December 16, 2022, surrounded by his loving family. On January 19, 1944, Adrick was born in Pell City, Alabama, the son of James Floyd and Willie Agnes Goodgame. He graduated from Pell City High School in 1962. In 1965, he was united in marriage to Connie Crump Goodgame of Pell City, Alabama, and to this union were born two children: Janna Goodgame Masters and Jason Adrick Goodgame. After graduation, Adrick worked for Steel City Erectors in Birmingham, Alabama, where he started his construction career. He was named “Apprentice of the Year” in 1963 for Ironworkers Local 92. The next year, Adrick taught welding to incoming apprentices and journeymen for Local 92. He purchased what is now known as Goodgame Company, Inc. from his oldest brother, Hughel Goodgame, in October of 1965. After being “called up” to the Army in January of 1966 and serving six (6) months in the Army Reserve, he was released. In 1972, he took a fall from a building crushing his ankles and was told he would never work or walk again. Adrick was determined and was driven to run his company, and in doing so, he expanded Goodgame Company, Inc. to be licensed in five (5) states. Adrick has received several awards over the years; in 2005, Goodgame Company, Inc. was American Buildings “Builder of the Year,” was twice named Pell City Chamber of Commerce Business of the Year; and Top 50 in Pre-Engineered Metal Building Construction by Metal Construction News. He has been a part of so many construction projects in Pell City, St. Clair County, and across the state over the past five (5) decades. Through his relationships, he has helped develop many different industries in the Pell City Industrial Park. Notable projects he has been involved in are multiple expansions at Benjamin Moore & Co., Ford Meter Box, Eissmann Automotive North America, WKW, Northside Medical, St. Vincent St. Clair Hospital, Pell City City Hall, and the renovations to the Pell City Civic Center. He most enjoyed working over several years on projects with his friend John Morris, Sr. at Riverside Refractories. They had a long friendship which helped them expand their businesses. They had lunch together for 30 years at their favorite spot, The Pell City Steakhouse. By the early 90’s, the two had cornered the market in providing and installing refractories across North America. They remained close friends even after Mr. Morris’ retirement. Another project he enjoyed immensely was his work with the Texaco Express Lube Franchise. He started in the business with Doug Levine with only two stores, but they ended up with eight (8) stores over their time in business together. He and Doug merged their stores in with other operators to create Xpress Partners, which owned and operated 33 stores across Alabama. He also built stores across Alabama and Georgia for several Texaco Express Lube franchisees. Adrick also enjoyed his relationship with Ronnie Baker of Baker Foods, where they worked together for over 20 years to build and renovate Piggly Wiggly stores across the state. He and Ronnie would go on “day” trips to look at stores or projects they were working on together, and he would always come home saying “I’ll never ride with him again!” Adrick considered Ronnie as a brother. Adrick was a long-term member of the St. Clair County Cattlemen Association. Cows have always been a love of his. J&J Farm, LLC, his personal farm, has multiplied from 25 to 30 cows to over 275 momma cows, with him being known for his “red” cows. The last few years Adrick has been known for having some of the best cross breed Santa Gertrudis/Herford heifers and bulls around. He has served as a financial chairperson at Harkey’s Chapel United Methodist Church for over five decades. He was called on to handle the church’s money and to keep his Lord’s house in the best shape he could. His faith has led him through his entire life. The demand of time in which he spent doing business and civic duties did not prevent him from being a loving husband, brother, father, and grandfather. Survivors include wife, Connie Crump Goodgame; children, Janna (Mark) Masters and Jason (Amy) Goodgame; 4 grandchildren, Logan Mackenzie Masters, Braeden Adrick Masters, Blakeley Elise Goodgame and Briley Elizabeth Goodgame; and sister, Janette Goodgame Beavers. The family will receive friends from 12:30 pm until 3:00 pm on Sunday, December 18, 2022, at Usrey Funeral Home – Pell City. The funeral service will be held at 3:00 pm at Usrey Funeral Home – Pell City with Pastor Charles Downing officiating. Interment will follow the funeral service at St. Clair Memorial Gardens in Pell City. Serving as pallbearers are DeWayne Hightower, Mark Neighbors, Don Knighten, Scott Sewell, Chris Andrews, Kyle Bowman and Brad Kelley. Honorary pallbearers are Mandy Shirley, Roy Hathcock and Cathy Shell. In lieu of flowers, memorials may be made to the Pell City Schools Education Foundation at P.O. Box 272, Pell City, Alabama 35125. Usrey Funeral Home of Pell City at 21271 US Highway 231, Pell City, Alabama will be directing.