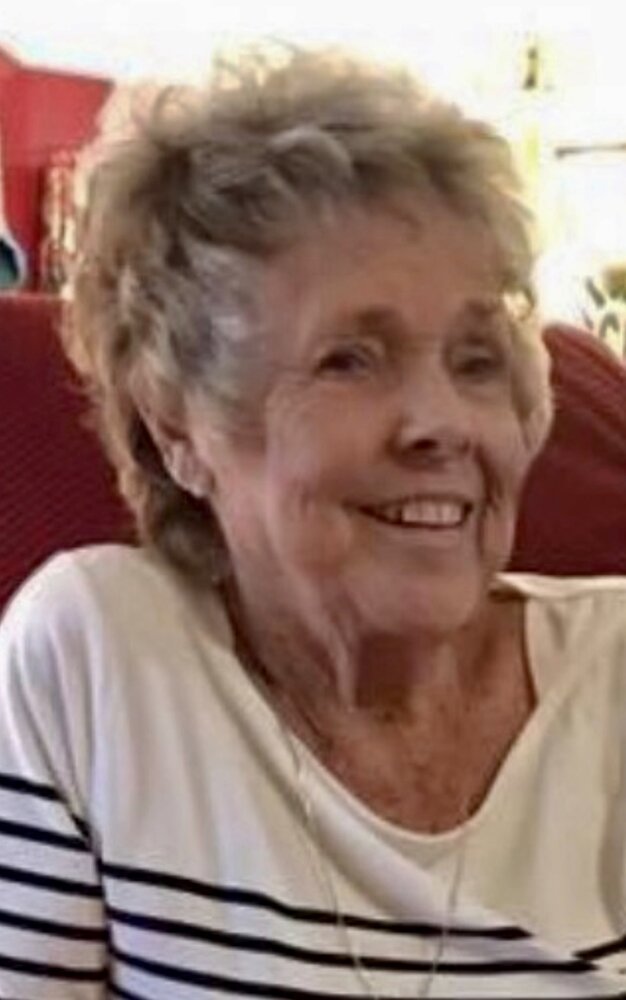 Please share a memory of Shirley to include in a keepsake book for family and friends.
View Tribute Book
Shirley Ann Goode, age 84, was born on June 30, 1938 in Heflin, Alabama and passed away peacefully on Thursday, November 3, 2022, surrounded by her loved ones. Shirley is survived by her husband, Samuel Rhett Goode; three children, Kimberly Dawn Goode Vincent, Daryl Keith Goode (Judy), Shannon Nicole Goode Sisson (Greg); six grandchildren, Alicia Vincent Rohan (Casey), Meagan Vincent Nail (Chris), Whitney Vincent Bailes (Hunter), Dalton Goode, Brock Sisson, and Emma Sisson; six great grandchildren, Braxton Nail, Hunter Nail, Easton Nail, Jazmin Rohan, Jessica Rohan and Deacon Bailes; eight siblings, Otha Hamm (Joy), Donald Hamm(Anita), Debbie Kitchin (Bud), Kenny Bell (Lori), and Gary Bell; her in-laws, Jo Ann Tankersly, Bonnie Hawkins, Mary Linda Hamm and Charles “Pinky” Goode (Elaine); and many nieces, nephews and cousins. She is preceded in death by her mother, Eva Bell; father, Houston Hamm; and siblings, John David Hamm and Dorothy Mae. Shirley was loved by everyone she met. She was kind and caring. A friend to all. As a child, she helped her mother raise her siblings, caring for them and cooking for them. She married Sam on July 5, 1957 in Anniston, Alabama in a double wedding with Sam’s sister, Jo Ann who married Robert Tankersley. They were married for 65 years. Shirley and Sam started their life together in California, where they lived for two years before moving back to Alexandria, Alabama. They moved to Birmingham, where they raised their three children, and she eventually became known as Memaw to her grandchildren. Her most important job was being a sister, wife, mom and Memaw. Shirley was a hairdresser and loved her customers dearly. They were some of her best friends. She enjoyed playing tennis and bowling. She loved square dancing and was a member of the Birmingham Square Dance Association where she held many offices. Her and Sam would go camping across the United States and joined the Campers and Dancers. Shirley was a member at Ridgecrest Baptist Church and later moved her membership to Bethel Baptist Church in Moody, AL and was currently attending Eureka United Methodist Church in Lincoln, AL. The family will receive family and friends beginning at 10 a.m. Monday November 7, 2022 at Eureka United Methodist Church in Lincoln, Alabama with the service following at 11:30 a.m. and burial immediately following at the cemetery adjoining the church. Usrey Funeral home Talladega will direct
Monday
7
November

Share Your Memory of
Shirley
Upload Your Memory View All Memories
Be the first to upload a memory!
Share A Memory
Plant a Tree