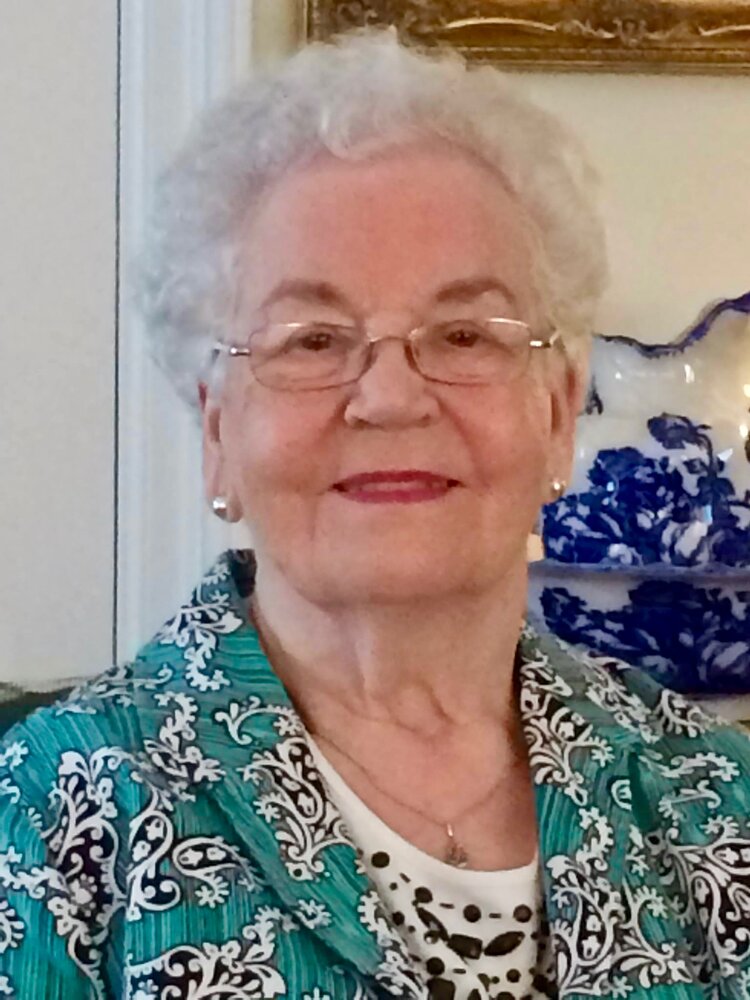 Please share a memory of Jessie to include in a keepsake book for family and friends.
View Tribute Book
Graveside services for Jessie Finch Wyatt, 92, of Talladega will be 2:00 pm on Tuesday, October 4, 2022, at Pine Hill Memorial Park. Reverend Mike Britton will be officiating the service. Mrs. Wyatt died peacefully October 1, 2022, at her home after receiving seven years of loving care from her caregivers. She was born in Clay County and lived the remainder of her life in Talladega County. She was a vital part of the Ironaton and Stockdale communities until moving to the historic district of Talladega in 1998, where she was an active member of First Methodist Church until illness kept her homebound. She excelled at whatever she put her mind to, with quiet determination. She was a loving and devoted mother, grandmother, wife, daughter, sister, aunt, and friend. While a hard worker, she found creative expression through cooking, gardening, and home decorating. In her later years she enjoyed painting with Sarah’s Girls and participating in the Inter Se Study Club. She was preceded in death by her husband, John D. Wyatt; three sisters, Catherine McDonald, Louise McClain, Nell Townsend, and two brothers, Earl Finch and J.V. Finch, Jr. Mrs. Wyatt is survived by her three children (and spouses), Janice Wyatt Traynor (Will), Atlanta, GA; Dr. David A. Wyatt (Leslie), Roanoke, VA; and John C. Wyatt (Amy), Lolo, MT; and three granddaughters, Hollie Wyatt, Hannah Wyatt, and Jill Wyatt. Pallbearers will be Johnny Finch, Wayne Nixon, Jim McDonald, Tim Smith, Bruce Townsend, Robert Townsend, and Johnny Williams. Honorary pallbearers will be Mike McDonald, Rodney McDonald, Keith Finch, Brinton Coughran, Art McWilliams, Jerry McWilliams, Chuck Crowley, Sean Reilly, and Mitchell Stokes. In lieu of flowers, you may provide donations to the Prayer Shawl at First United Methodist Church or to the Hall of Heroes ( www.talladegaheroes.org ). Usrey Funeral Home Talladega Will direct.
Tuesday
4
October

Share Your Memory of
Jessie
Upload Your Memory View All Memories
Be the first to upload a memory!
Share A Memory
Plant a Tree