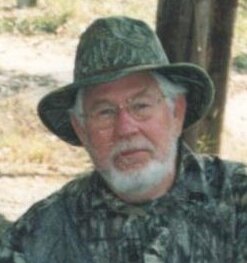 Please share a memory of William "Pete" to include in a keepsake book for family and friends.
View Tribute Book
William “Pete” Thomas Townsend, 85, of Talladega, AL passed away on Tuesday, September 6, 2022. A funeral service will be held in his honor at Usrey Funeral Home in Talladega on Friday, September 9, 2022 at 11:00 A.M. with Steve Burke and Jeff Duncan officiating. Burial will follow at Oak Hill Cemetery in Talladega. The family will receive friends at the funeral home on Thursday, September 8, 2022 from 5:00 P.M. until 7:00 P.M. Pete Townsend was born in Talladega, AL on October 1, 1936 to William Otis and Lucille “Cill” Hubbard Townsend. He went to high school at Talladega High School and graduated in 1954. He worked as an electrician for Kimberly Clark Corporation for 27 years. He then went on to earn a certificate of apprenticeship as an electrician in 1973. He enjoyed hunting, researching family genealogy, and yard sales. He was a member of Immanuel Baptist Church. Mr. Townsend was preceded in death by his parents, William Otis and Lucille “Cill” Hubbard Townsend. Pete is survived by his wife, Patricia Wesley Townsend; son, Ray (Lisa) Townsend; daughter, Robin Townsend (Sammy)Jackson; sons, Steve (Sandy)Burke and Ray (Sherry) Burke; grandchildren, Kayla (Beau) Brown, Austin (Katie)Burke, Christopher McClain, John “Trea” McClain, and Stephanie (Craig) Futch, and 8 great-grandchildren. Active pallbearers will be Austin Burke, Beau Brown, Christopher McClain, John “Trea” McClain III., Johnny Wiggins, and Mark Wiggins. Honorary pallbearers will be Tom Williams, David Williams, Greg Milstead, Joe Cox, Ace Drummond, and Don Harville. In lieu of flowers, the family asks that donations be made to Alzheimer’s Foundation of America at www.alzfdn.org. Online condolences may be made at www.usreyfuneralhome.com. Usrey Funeral Home of Talladega is assisting the family.
Thursday
8
September

Share Your Memory of
William "Pete"
Upload Your Memory View All Memories
Be the first to upload a memory!
Share A Memory
Plant a Tree