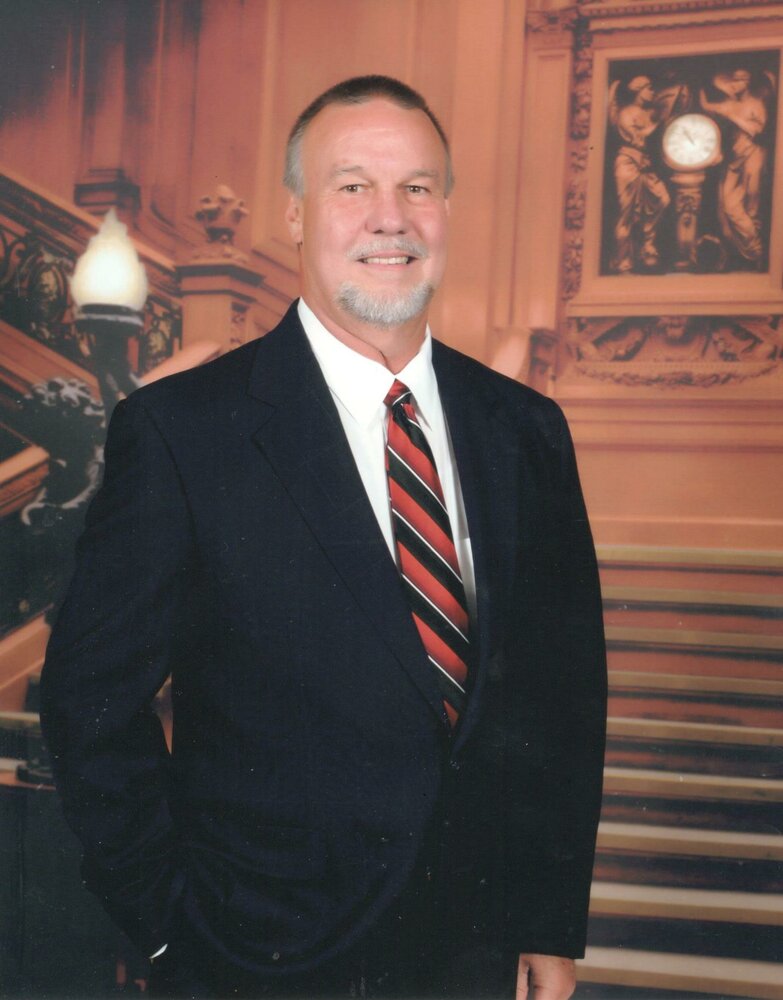 Please share a memory of Gary to include in a keepsake book for family and friends.
View Tribute Book
Gary Wayne Wyatt, 69, of Talladega passed away at his home on Monday, August 22, 2022. A memorial service will be held in his honor at 11:00 A.M. on Friday, August 26, 2022 at Usrey Funeral Home in Talladega with Steve Hurst officiating. The family will receive friends one hour prior to the service. Mr. Wyatt was Baptist by faith, a member of the Masonic Lodge and served in the National Guard. Early in his career, he worked as a lineman before later becoming CEO of Pataula Electric in Cuthbert, GA. He held that position until his retirement. Mr. Wyatt enjoyed golfing, sporting clays, traveling, and spending time with his family and friends. He was preceded in death by his parents, Fred and Oneda Wyatt. Mr. Wyatt is survived by his wife, Nancy; daughter, Regina Wyatt (Linwood) Robertson; son, Justin Wayne (Dana) Wyatt; grandchildren, Hunter Wyatt and Maci Wyatt; sister, Linda Wyatt (Steve) Hurst; brother, Larry (Nancy) Wyatt; nephews, Michael (Michelle) Cruise, Kenny (Angie) Cruise, and Kevin (Tracy) Wyatt; niece, Tracy (Eric) Wyatt, and a host of nieces, nephews, great-nieces and great-nephews. Honorary pallbearers will be Steve Hurst, Larry Bishop, Dale Canada, Sammy Pierce, John Vasta, Shane Holmes, Adraine Peck, Jett Johnson, and Pat Conner. In lieu of flowers, the family asks that donations be made to Shriners Hospital for Children at donate.lovetotherescue.org. Online condolences may be offered at www.usreyfuneralhome.com. Usrey Funeral Home of Talladega is assisting the family.
Friday
26
August

Share Your Memory of
Gary
Upload Your Memory View All Memories
Be the first to upload a memory!
Share A Memory
Plant a Tree