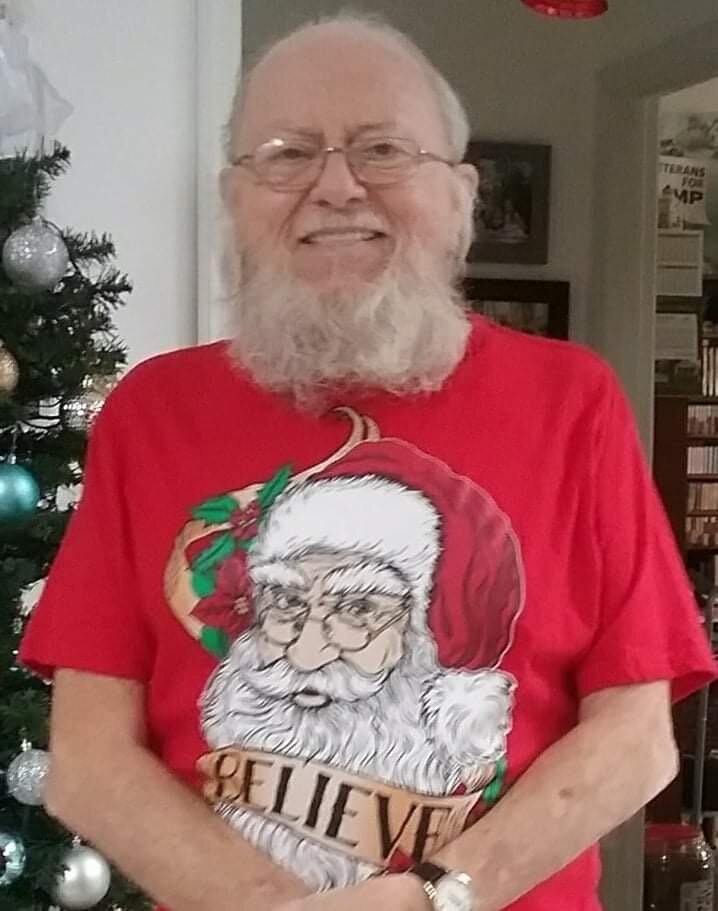 Please share a memory of Charles to include in a keepsake book for family and friends.
View Tribute Book
Charles “Chuck” Edward Bendig of Talladega, Alabama was born September 09, 1945 and passed away at home on Wednesday, January 05, 2022 at the age of 76. He was the son of the late George Bendig and Theresa Barnes Bendig. He grew up in Pittsburg, Pennsylvania and later moved to New York. He loved racing stock cars in his wild days. After graduating high school in Brooklyn, New York, he joined the U.S Navy where he served four years onboard the carrier USS Forrestal. Chuck also loved reading and collecting old radio shows on tapes. He and his “Annie” were married for 19 years. They enjoyed vacationing, watching TV together, and playing board games. Chuck was a member of Talladega Church of Christ and loved his Lord. Anyone who knew Chuck knew his favorite word “BELIEVE”. He is survived by his wife, Anna, and two stepsons, Richard Wolf and his wife, Peggy, of Talladega and Floyd Wolf and his wife, Wendy, of Blountville, TN. He is also survived by many grandchildren and great grandchildren. Services will be held in his honor at 2:00 P.M. on Sunday, January 09, 2022 at Usrey Funeral Home in Talladega with Russ Vickers officiating. The family will receive friends from 1:00 P.M. until 2:00 P.M. prior to the services. Online condolences may be offered at www.usreyfuneralhome.com. Usrey Funeral Home of Talladega will direct the services.
Sunday
9
January

Share Your Memory of
Charles
Upload Your Memory View All Memories
Be the first to upload a memory!
Share A Memory
Plant a Tree