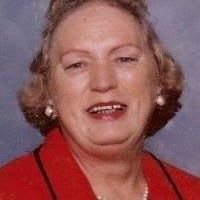 Mrs. Hicks was preceded in death by her husband: Larry Hicks, daughter: Michelle Parry, and parents: Harvey and Evielee Wright.

Mrs. Hicks is recognized for her many accomplishments and contributions to the community of Talladega County, Alabama. Mrs. Hicks worked with the Auburn Extension for many years and was on the Advisory Board in 1999 -2001, was a board member of the Community Action Agency, the Red Door Kitchen, and the Salvation Army, a Red Cross and R.S.V.P volunteer, was a past State President of the Alabama Cattlewomens Association.She was a past President of the Talladega Golden Agers Club at Spring Street Recreation Center was in the Chamber Of Commerce, was a past president and board member of Business and Professional Womens Clubs and was a devout and faithful member of the First United Methodist Church of Talladega. Mrs. Hicks was recognized by  The Legislature of Alabama, Both Houses Concurring That Shelby Wright Hicks was highly commended for her outstanding service as a community leader of Talladega County and received a resolution as an expression of utmost tribute and esteem on July 2, 2001. online condolences may be made at www.usreyfuneralhome.com, with Usrey Funeral Home Talladega directing services.

Share Your Memory of
Shelby
Upload Your Memory View All Memories
Be the first to upload a memory!